Discovering the basics of Xcode 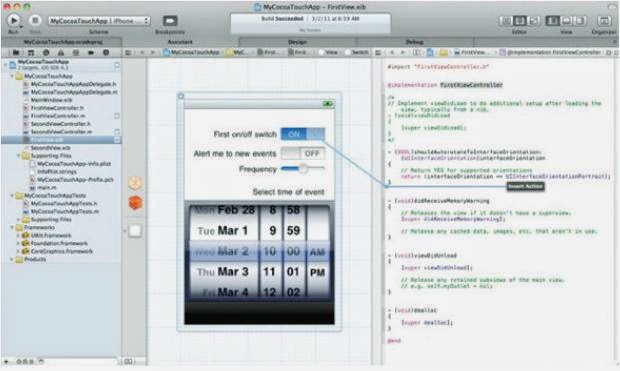 Hold on tight: we’re about to get technical. Apple’s Xcode is the most popular mobile app development software in the world. So, regardless of the platform you ultimately choose, it’s worth knowing a bit about it. Xcode is, in fact, made up of several software environments and is not a single application. The core part of the Xcode suite is the IDE (Integrated Development Environment). This is the part that is commonly referred to as Xcode, and is where programmers spend most of their time. What may be of more use to a designer is the software component called Interface Builder – this is used to build GUIs (Graphical User Interfaces).

Also packed into the Xcode suite is a variation of the GNU Compiler Collection, allowing projects written in a variety of languages to be compiled for iOS devices. At the time of writing, the complier supports C, C++, Objective-C, Objective-C++, Java, AppleScript, Python and Ruby source code. It can also parse frameworks including Cocoa, Carbon, and Java. Clever programmers have extended this range to embrace GNU Pascal, Free Pascal, Ada, C#, Perl, and D. The upshot of all this is that there are an enormous range of language options for the iOS programmer – so you can shop around from a vast reservoir of differently
talented individuals. Still, we recommend Objective C for the fullest access to native iOS features.

Don’t worry if this all sounds like burn-the-witch nonsense to you – most of the technicalities described here will be taken care of by your programmer. And, if you want to learn more, the bulk of Apple’s developer documentation is included in the free iOS SDK download here:
https://developer.apple.com/devcenter/ios/index.action

As a designer, you should feel comfortable to download and play about with the Xcode software - don’t be afraid to experiment.

Figuring out the Android SDK 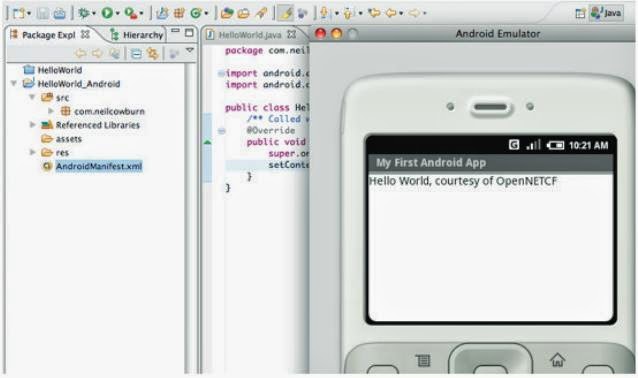 The Android SDK is similar in part to the Apple SDK, but developers consider it less mature and occasionally a bit unpredictable. This is to be expected - the SDK is dealing with many more possible hardware variations, and Google is not traditionally a hardware company. However, they’ve done a great job with the limited resources available to them and you should have lots of fun figuring things out. The SDK comes with the standard toolkit of a debugger, code libraries, a hardware emulator (as with Xcode’s iPhone simulator) and a bunch of sample projects and tutorials.

Unlike Xcode, which only runs on Macs, the Android SDK is happy on Linux Mac OS X and Windows. Unlike iOS devices, which favour a programming language called Objective C, Android favours Java or C. You code can be compiled (made ready to run on) both ARM or x86 processors - this means you can deliver software to the rich variety of Android devices available in the wild.

For more information on the Android SDK, and to get your hands on the software, go to:
http://developer.android.com/sdk/index.html

Read Next - Designers - Introducing Apple's Xcode and the Android SDK - Part 2
Posted by Eseong at 6:36 PM