Choosing the best file format for the job

After the design is sliced, it’s time to determine the best file format for each image. To do so, let’s take a look at the three most common web-friendly image file formats.

GIF, which stands for Graphic Interchange Format (and is most commonly pronounced with a soft-g), was first introduced in 1987 as a new image file format designed for web graphics. Its characteristics make it most suitable for saving text-based images, line drawings, cartoons, and solid-color graphics. 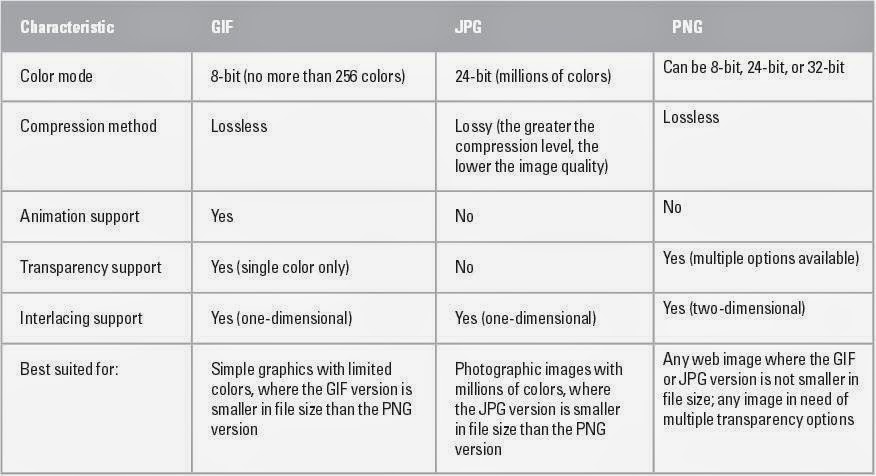 Above outlines GIF’s characteristics and compares them to those of the other two file formats discussed here.

The JPEG file format was created by the Joint Photographic Experts Group (hence the acronym) which was tasked with developing a set of standards for a photographic web file format. The first public release of the JPEG standard was in 1992. (Note: because many computers could only handle three-letter file extensions, the JPEG format was given a shortened JPG suffix.)

Images of a photographic nature, such as those with significant color variation, are well suited for the JPG file format. Review above for additional details about its characteristics.

Portable Network Graphics, or PNG, is the newest of the three formats discussed here. It was originally developed to replace the much-outdated GIF format, but has taken longer than expected to become widely adopted. It now enjoys full support amongst the modern browsers, and there’s no reason not to take advantage of this versatile file format. Above compares its characteristics with those of JPG and GIF.