A review of input options

Smartphones have a broad range of input options – everything from voice recognition to a digital compass. From a design perspective, this is a great place to start your creative journey. Instead of asking yourself what software you should design for a smartphone, ask yourself what features in the hardware you can showcase
through software. The most popular apps often take advantage of the unique feature set of a touchscreen device. The input mechanism comes before anything else; it is the conduit through which all user experience with your app will flow. Many first-time designers fixate on an idea before considering the input system that controls the software. Remember: Input is everything.

Let’s take a look at the input options available to you on the typical modern smartphone device. As you read through these input types, start thinking about app ideas that will exploit the hardware: 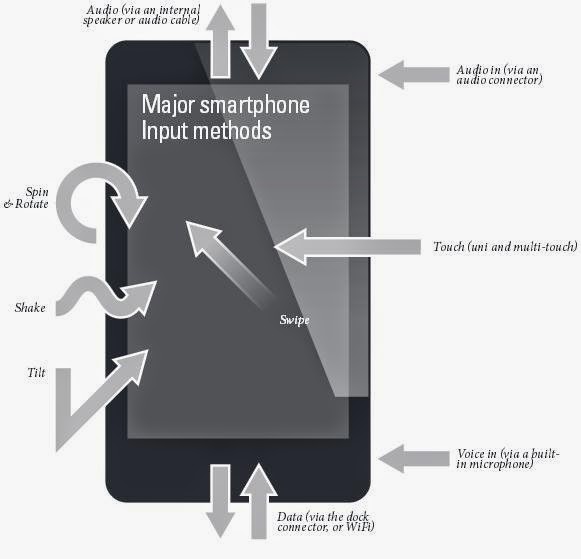 It doesn’t matter if you’re making a word-processing app or a 3D game, you must be certain that your app takes advantage of the specific hardware on the platform of your choice. If you don’t have a single and compelling purpose on a touchscreen platform it will be very difficult to inspire market interest and provoke press coverage. By ignoring the hardware, and just dreaming up your app, you risk losing a small fortune on a failed project.

Think first: How can I use this hardware in a unique and creative way?

The purpose of your app stems from the input method used to control it.

Other input systems to be aware of on major smartphones include the GPS (Global Positioning System) which allows you to discover where a user is geographically – this is especially useful for mapping apps and other location-aware services. Finally, there is a newer sensor, called a digital compass, which can not only geolocate a user, but also let your app know what direction the user is facing in. This can help with navigational apps. You can also dream up uses that nobody else has thought up yet. All these control systems supply raw data, it’s up to you what you do with those data feeds.

Working with the accelerometer 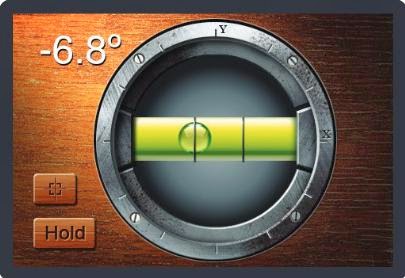 The accelerometer is an amazing device that can detect the direction and force of motion applied to a smartphone or other mobile device. It can be used to signal a change in screen orientation by a quick flick of the wrist, or a variety of other manual gestures. The accelerometer feeds live data to the smartphone cpu, and you can interpret this data however you like. The possibilities are endless and exciting. 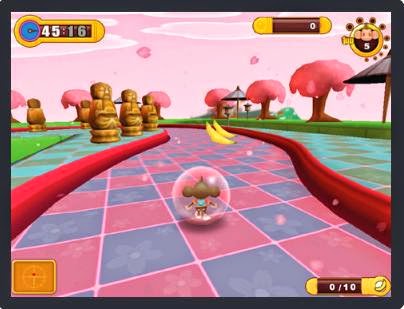 The accelerometer has been used in apps like Labyrinth to allow mobile devices to simulate a traditional wooden ball puzzle. Users navigate a tiny bearing through a maze, avoiding perilous holes. The effect is remarkable: to the end user it feels as if they are genuinely holding a physical game. The accelerometer reports back to the app, letting it know exactly how the mobile device is currently being tilted, so that the software can perform a calculation and create the illusion that the ball on screen is reacting as a physical toy would in the real world.

Other uses of the accelerometer include sensing speed and force of impact. There is even a bizarre game that dares you to throw your phone in the air, giving you more points the higher you toss it. To us, this sounds like a recipe for a nasty lawsuit, but it’s a fascinating illustration of the kind of unexpected uses you can find for this clever sensor. Also, check out Alice for the iPad and Alice in New York. We used the accelerometer in both of these apps to influence the behaviour of physical objects on the screen. For example, if you tilt the device, then the White Rabbit’s pocket watch begins to sway.

This is not, however, a pre-determined animation. Instead, the pocket watch moves in direct response to the force and direction of motion, responding as if it physically exists. To achieve this we used a free physics engine called Chipmunk Physics. This is an amazing tool for any app designer and you can find out more about it here: http://chipmunk-physics.net/