How to name your app

First impressions are significant in everyday life, but even more so in the crowded mobile app stores. Impulse purchases drive a huge chunk of app sales, and naming your app the right way is the first step to grabbing the attention of a casual browser. The app store is packed with apps: Consider just how difficult it is to stand out, or pick an app name that hasn’t already been taken. For example, let’s take a look at what happens when you search for a simple calculator app on the iTunes store: 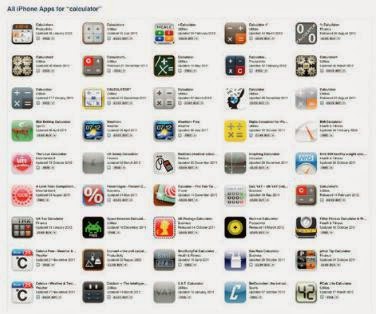 There are several thousand hits for the word ‘calculator’. Which do you pick?

It’s tempting to take advantage of existing app-prefixes and give your app an name like Auto-something or
Insta-something or, for a game, Angry-something. Let’s take a look at just a tiny glimpse of the apps that use ‘angry’ in their title.

Clearly these designers are attempting to cash-in on the success of the smash-hit app Angry Birds: 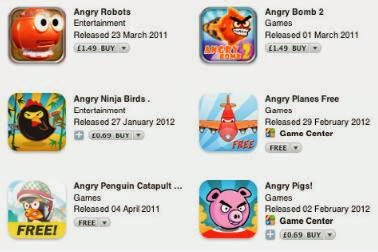 Sometimes this cynical effort works: People might buy your app by accident. But why clutter the world by so blatantly recycling the ideas of old. If you believe in your app, you should give it a name that comes from your heart. Begin by thinking about two words that might best describe your app and see what happens if you combine them. Consider also, TweetBot - a combination of Tweet and Robot.

It’s also often helpful if you make clear, or at least strongly hint, at what your app does. The more abstract you get, the harder it is to get the casual mobile user to pay attention. It’s also a good idea to pick a name that people can say out loud without wondering if they’re pronouncing it correctly. Nobody likes social humiliation, so don’t invite the possibility. Also, be wary of peculiar spelling conventions - all uppercase characters, or starting the app name with a lower case character and other odd variations is just not good manners.

Check to see if your app name is available as a .com domain on the internet. This will help people to find it. If it’s not available, this is not a disaster - but, make sure that the domain is not being used by a similar business or service. They may sue you.

Finally, don’t use more than 11-12 characters in your app name - and if you use more than 10, check that the whole of your app name appears under the icon on mobile phones. The UI on Android and iOS has a habit of truncating long app names, so you end up with part of the app name cut- off. This looks ridiculous and unprofessional.