Back to iPhone, iPad and Android App idea - Part 1

Learning from the success and failure of apps

If you launch an app that fails to sell well on release, know that this is not necessarily an indication of the app’s lack of potential to do well. Many hot-apps were not popular on launch. Doodle Jump went on to sell more than 10 million copies, but on its debut it was one of the least successful apps that the two brothers who created it had ever launched.

When an app fails it is immensely difficult to know whether it is because of an inherent flaw in the design or whether it has simply been overlooked through some quirk of fate. The Doodle Jump brothers observed the positive reaction of users to Doodle Jump and were motivated by their own passion for the game. The pair then made the decision to keep updating the app, and pushed on with an indie marketing campaign. The result was incredible. Conversely, consider an app like Color. This took over $41 million in investment and was a complete flop. No matter what the developer has done since to improve customer’s reaction to the app, it has slumped into oblivion.

If you are passionate about an idea, and don’t invest more than you can risk losing, then the process is far more enjoyable. But don’t be afraid to chalk a failed app down to experience, and try again equipped with fresh knowledge. 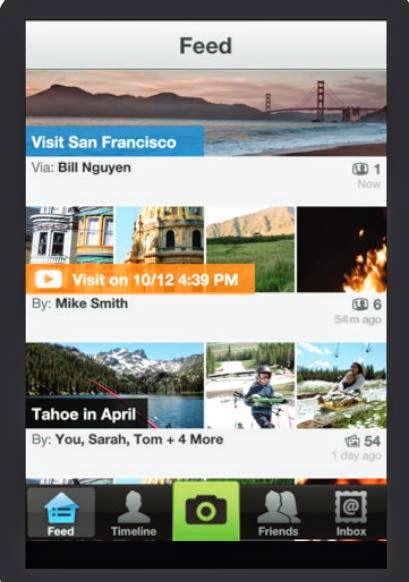 If you’re working as an independent developer, the biggest problem you’re likely to run into once your app is launched is visibility – or, specifically, lack of visibility. Most apps arrive in Google Play or Apple’s App Store and vanish completely among the hundreds of thousands of other apps competing for the attention of buyers.

If you ignore every other piece of advice in this course, never forget this:
You must consider marketing before you build your app. Most people assume that a marketing plan is something you draw up after you have built a product, but we would suggest that the app stores are now so aggressive, and so competitive, that you must consider how you will promote your app before you lift a finger towards building it.

If you can’t think of a compelling and popular way to promote your app idea, then discard that idea and try another one. It sounds almost ridiculous, but the best approach is to think up a good viral video idea, and then figure out an app idea that you can sell using the viral video as a marketing tool. For example, Alice for the iPad, our hit app, had zero marketing budget and was promoted entirely via a YouTube video, made at home. This video was our central promotional tool, and was viewed by millions of people across the world.

In other words, the video must be engaging, funny, or bizarre enough that people who care nothing about your app will share it, and consequently it will eventually reach a small number of people who do want to buy your app. Successful app marketing in these cut-throat times demands that you are not only an expert app designer, but that you are also a top-notch video producer and marketing genius. But don’t assume that these qualities are necessarily professions you already know – you can learn them – and much of your success will come down to thoughtfulness and observation. Take a look at the most popular apps in the stores. Now look at the smallest companies producing these apps.

How did they use YouTube to promote their work, and what can you learn from their approach?

It is usually obvious to the app designer if some part of an app idea is controversial or provocative. The best solution is simply to avoid building an app that might offend or distress potential customers. There are millions of app ideas and very few of them are any cause for concern. However, if you are determined to create an app that skirts close to the boundaries of taste and decency, or, in the case of the App Store, an app that closely replicates the look or feel of existing Apple Inc. software, then you should carefully read the guidelines here: https://developer.apple.com/appstore/guidelines.html