Dream up a killer app idea 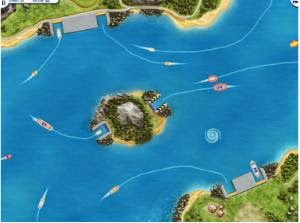 It may be that you already have an app idea in mind. Perhaps you’re designing mobile software that links into your existing business. Maybe you’re working from a sketch you’ve had on a napkin for a while. But for readers who do not yet have an idea for an app, or are uncertain about whether their idea will survive in the cut-throat world of the App Store and Google Play, let’s take a look at how a successful, or ‘killer’, app-design evolves.

Inspiration in any form is often elusive and, when it finally does come, it is not always clear how it came about. We’ve interviewed many app designers over the years and, if there’s one quality that they all share, it’s persistence. The most successful app designers start with an idea they love, and see it through to the end. Most successful developers started out as novice, but persistent, designers.

The top app designer teams, outside of large corporations, are often family members, or close friends. The makers of Doodle Jump are brothers; Harbor Master was conceived by a husband-and-wife team; Angry Birds was built by cousins. The most profitable teams are often groups of two similarly minded people, usually one designer, one programmer. They tend to persist in the face of repeated failure: Doodle Jump flopped on launch, the makers of Angry Birds failed with 52 other apps before they found success.

If you start with an app idea you genuinely love, then, regardless of the ultimate financial success of your project, you’re already on your way to an exciting and enjoyable app design experience.

As a first-time app designer, the biggest mistake you can possibly make is to over-complicate the app you set out to build. Remember: Do not underestimate the difficulty of building an app. Some of the most successful apps in the world fulfil a single, distinct purpose, often concealing a very basic premise. 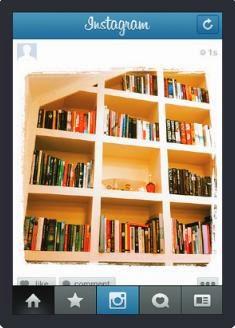 This is one of the most popular photography apps for smartphones today. Instagram began as a very simple concept:

You take a photo with your phone, and the software applies an effect to give the illusion that the photograph was taken with an old film camera. Programming the original version of Instagram was a relatively simple process, the difficult part was stripping away any extraneous features to focus on a simple user interface and the app’s intrinsic purpose.

The peculiar paradox of app design is this: Simple is hard.

Unlike desktop computer software, which tends to become ever more feature-packed with every release (and constantly grows a list of extraordinary features), mobile phone software should be designed with completely the opposite ethos: Less is more. Not only does this reduce development costs, and the chance of bugs creeping into your designs, but it also makes marketing your software easier because it’s now clear exactly what you’re selling.

The one thing your users will ask about your app, and you must ask too is:
“What is it?”

The question might seem innocent enough, but could you explain your app design to a non-technically minded person, in a single sentence?

If your app cannot be explained in one sentence, in clear, plain English, then you already have a marketing nightmare on your hands. Let’s take a look at a few successful apps and the one sentence description that could be used for each of them:
Instagram : Make your photos look old-fashioned and attractive.
Angry Birds : Fire flightless birds through the air to kill evil pigs.
Pages : Write and edit documents.
iBeer : Pretend you’re drinking beer from your phone.

Reducing your concept to a single, easily understood line might seem like an easy task. But go ahead, give it a try with your app idea, (you may find it easily fits within a simple description). Or, you might be surprised to discover that you are using several statements to describe your app. In this case it’s extremely likely that your app idea is much too complicated for most customers to understand.

Remember:
You’re competing against hundreds of thousands of other apps. If your app is not clearly understood in a matter of seconds, potential customers will move on. This is impulse buying taken to a new level.